Make Your Next Email Campaign - News

Make Your Next Email Campaign - News

If you want to impress your boss at your next social media management meeting, suggesting an email campaign may not go down well. Email campaigns have a ‘jaded’ stereotype, of being the worn out, overused old Grandma of the media marketing suite, but that image could not be further from the truth. For every $1 spent on email marketing the return is … $54. That’s no small feat. Image any other kind of media budget bringing back that kind of return…

Email campaigns work well, but may need a face lift to cut through the white noise that social media creates. To this end, Quartz have done some research that is not only interesting in its results, but for the business savvy marketing executive, opens up a whole new avenue for reaching the people that count.

Quartz survey was detailed to look at the habits of business executives and how they accessed their industry news; bear with me, this is all relevant. They chose to interview 940 business executives to see how they kept up with what was going on in their industry and what they looked for in gaining that information. JACKPOT! If that means nothing to you, go ask your boss…

For those of us who are in the marketing arena and strive to continue to be one step ahead of the competition, this survey lets us see what those men in the corner offices with panoramic views of the city, the decision makers of the industry, base the effectiveness of their business decisions on, so anyone that can get in right at the beginning, doing all the moving and shaking, has more than a distinct advantage.

Business executives, despite having a myriad of media options open to them, chose to use email newsletters to keep ahead of industry news over any other type of delivery. 60% said that they opened and read their email industry newsletters as one of the first three sources they turned to in the mornings to catch up on the news. 56% of the executives said that email newsletters were their top source of finding out what was going on in the industry.

Their appetite for email news continued when it came to sharing what they consumed with email soliciting 80% of executives sharing content within the industry, which topped Twitter at 43%, leaving Facebook and LinkedIn tied at 30% as their platform of choice.

These are the types of figures that cannot be ignored. What are the decision makers of companies basing their decision on? It would appear that it’s the content of email newsletters.

Jay Lauf, publisher for Quartz said, “The fact that they are willing to consume and share, that was a great validation that if we do provide interesting, relevant, useful content, even the most time-starved audience could use it.”

It would appear he’s right.

The study covered the way that the email newsletter was consumed, which is great information for any marketing campaign. Mobile devices, especially phones, caught the biggest slice of the executive groups attention: 61% said they used a mobile device to receive the news. That broke down to 41% phones, 20% tablets.

With 75% of business executives spending at least 30 minutes or more on industry related news, maybe it’s time to consider your next email campaign. Presenting it as a newsletter may be just what you need to reach your audience. With an open rate of between 40-50% it may be just the vehicle you need to jump start your next evolution of digital media.

It gets even better when you realise that 86% of executives told Quartz they are interested in seeing more branded content. 55% of respondents said they follow brands in their own industry on social media and would like to see industry relevant ones in email, and 47% said they would also follow brands outside of their line of work. Those numbers jump to 73% and 64%, respectively, for the media industry - it must be a common courtesy type of thing!

When it comes to the device used for adverts, 58% of executives said desktop ads were more memorable, while 42% said mobile ads are memorable, with that type of result you can’t really go wrong either way with adding branded adverts to a well written, industry focused, company newsletter.

Email campaigns work well and by using the research Quartz has produces, you can match your email campaign to the needs of your target audience. With the information that has been provided you can craft content that is relevant, digestible and influential. That provides a document for success – and there may even be a promotion in there for you too.

Win Back Campaigns – How Long Do You Wait? 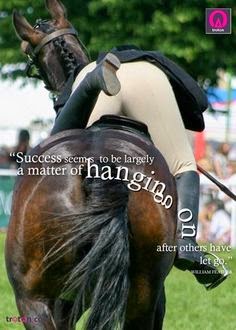 Win Back Campaigns – How Long Do You Wait?

Marketing campaigns have many uses – but they ALWAYS have a use. In a well-crafted, innovative marketing campaign contains a call to action that resonates with the audience and drives them to be part of your product. If you are canny with your marketing, well segmented email lists are aplenty in your databases, and you have a choice of demographics to target.

Email marketing is economical and effective, and relatively easy to use. You will have some demographics in a, ‘Shut up and take my money’, database, but what about the others? How many of them need a seminal ‘win back’ email to galvanise them into action? Then how long do you wait for them to call before consigning them to the ‘lost in cyber space’ list? It’s a tough question…

PATIENCE IS A VIRTUE

According to the company Return Path, who analyzed 300 million email messages sent by well-known brands to over 100 million consumers, many marketers are giving up too early. On top of that, Brands from different industries sending out these emails were also choosing to drop subscribers at random, stopping sending emails to 4% of subscribers even though it appeared that 85% were not actually active.

In both cases research bailed out the fact that your mother was right – patience is a virtue.
The study reads:

Approximately 12% of all win-back messages were read, typically within a few days of delivery. However, as many as 45% of recipients later engaged with the sender’s email program, taking an average of 57 days – nearly two months – to read additional messages.

Let’s look at what that means in a real life application.

A marketer’s goal may be that they want an open rate within a few days of delivery, so may mark an account as ‘inactive’ after that small of a window. If 45% of recipients engage with the email originator within 57 days, 45% of those accounts are not dormant – they’re just not opening their emails very quickly.

If anyone promised you an email open and success rate of 45% I am guessing you would jump at it. In that case, the chances are you already have it; you’re just switching off your metrics or deleting accounts before they have a chance to think about it and answer.

In this age where ‘instant’ in ‘in’, people still need time to think and compare before committing. Give them that time. Do not cast someone off because they don’t read their emails as often as you would like them to, cast them off because they aren’t engaging at all after you’ve given them some time to think. And don’t be tempted to hang onto what you perceive to be ‘good’ accounts; if they are not active, they are not a good account. Move them out and maybe, just maybe, you’ll move someone in that will be much more productive.

Return Path suggests that 90 days is the magic number for evaluation. After a win back email is sent watch your audience carefully, the first 9 days is usually the time you get the most activity, but for the highest activity wait for 60 days before making any productivity decisions, and 90 days for any culling decisions.

The study also uncovered that Win Back databases also needed to be segmented for best effect – by mailbox provider. The study said:

“The findings show that mailbox providers’ definitions of inactivity, and their tolerance for inactivity before filtering messages, are different enough to necessitate customized win-back campaign formulas.”

What that means is that each mailbox provider had its own metrics for abandoned mail and spam filtering, so a different subject line or content could make all the difference to open rate for some providers. Universal subject line success were ‘Miss You’ and ‘Come Back’, but it may take some investigation to find out what works for your demographic.

It appears that as far as the open rate and read rate for different providers are concerned the results are also varied. AOL had the highest read rate at 23 percent. The average overall read-rate was 14 percent, with Gmail subscribers at 16 percent and Yahoo subscribers at 15 percent. This could have a lot to do with the metrics they use for abandoned mail, but gives you a good insight into what to expect.

Win Back emails are a great way to make your calls to action profitable for a long time, and makes your email lists work for the maximum amount of time. With these new benchmarks from Return Path you can monitor your databases and make them lean, mean, marketing machines – if you give them enough time to open, read and digest; the result could well be the same whether you are emailing Mr Tortoise or Mr Hare. Mr Tortoise was right, sometimes slow and steady really does win the race.