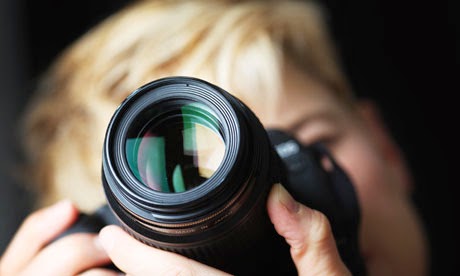 In March this year one of the biggest photo image companies made a landmark decision and took their marketing in a brand new direction. Brave? Maybe. Risky? YES! But as the pioneer Jenner tested the small pox vaccine on himself just to prove that it worked, most ground breaking ventures contain a breathtaking amount of risk.

Getty images is a name most people connect with stock photos, and one from which most people can recognize at least one or two images from major marketing campaigns, has taken the way they allow people to use their image in a gutsy direction. For more than a hundred years Getty have captured history and images of daily life and had them available for use. Their database was protected by a watermark on the image – if you wanted the watermark removed, you paid for it.

In line with the digital age, Getty have decided that that approach does not work.  According to Craig Peters, a business development executive at Getty Images, watermarks as a means for protection does not work.

"Look, if you want to get a Getty image today, you can find it without a watermark very simply," he says. "The way you do that is you go to one of our customer sites and you right-click. Or you go to Google Image search or Bing Image Search and you get it there. And that's what's happening… Our content was everywhere already."

If you look on any social platform you can see thousands of images that may or may not be copyrighted all over the media so it’s hard to doubt his theory. Most are on non-revenue generating pages so there is little point taking any action as they have no means to pay. The reason they are on these pages is because they have been copied from another site… for free. Anything more expensive than free, and they probably can’t afford it.

To bring Getty Images into the digital age and align its revenue process with new technology they are dropping the tried and tested for over 100 years watermark on the bulk of its collection. An open-embed program will be included with each digital image that will let users include any photo they want anywhere they want, as long as the service gets to append a footer at the bottom of the picture with a credit and link to the licensing page. For small-scale WordPress blogs with no image budget, it still provides what they want – free imagery. What Getty hope is that if the internet users have a legal and free way to use the images it will lead to a revenue stream as the relationship matures and, more importantly, Getty has control over the embedded images.

Everyone is familiar with the advertisements that appear on Twitter or YouTube before viewing images and the same iframe technology will allow Getty to the do the same to its properties. It could also be used collecting data from users. "We've certainly thought about it, whether its data or its advertising," Peters says of how Getty will use the embed feature, but as of yet, none of the images include these features so far. "We've seen what YouTube's done with monetizing their embed capabilities," Peters says. "I don't know if that's going to be appropriate for us or not."

Getty has bought in this new approach to an old problem because they are trying to legitimize those using the images for well-meaning purposes whilst also supporting the photographer’s integrity and revenue stream.

"The principle is to turn what's infringing use with good intentions, turning that into something that's valid licensed use with some benefits going back to the photographer," says Peters, "and that starts really with attribution and a link back."

Will it work? We hope so. Images on the web are here to stay and Getty has come up with a way that both cash strapped info blogs and service providers can get what they need. In a way Jenner and Getty are more similar than at first they seem. Except I don’t think Jenner has a photo of Getty safely tucked away and watermarked with the rest of his pioneering equipment.