The war that does not exist - Digital vs Print 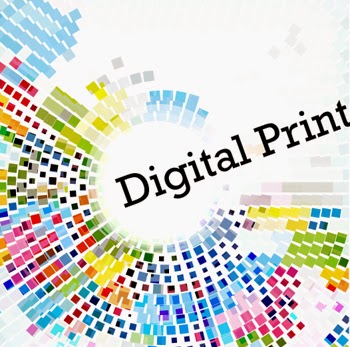 Print vs Digital: Do You Need Both?

There is something deliciously familiar about printed matter. Whether it’s a greeting card, business card, magazine or book the fact that you can hold it, feel it and carry it with you is like being attached to something less nebulous and very much more corporeal. It’s almost like a security blanket.
With the rise of digital media and the drive to pixelate everything it’s easy to think that only ‘new’ media will cut the mustard in the advertising world. It’s maybe a logical way of looking at it, but it is also a dangerous way. Let’s take a look at the figures to see what they tell us:

After large exposure over a period of time to their relative media, they were questioned about their reading behavioural patterns, their attention to the advertising, their brand recall, and their buying intentions as a result of the advertising. The results were unexpected in some aspects, and surprising in others.

For all groups the engagement in the media was at about 70%. They all estimated that they read nearly three quarters of the media they were given and felt the same level of enjoyment and interest in it on either media. Again 70% of the each group said they felt some ‘connection’ to brands they saw.

It’s reassuring to note that the message is not lost in the delivery and each campaign is viewed on its own content, rather than the media it is provided by, and that it has the same effect on its audience. But there are differences, and they make very interesting reading.

When looking at the SAME advertisement, the online readers felt that the impetus of the advert was on ‘ideas and originality’, whilst for the printed media said that the perception was ‘credibility’. The group that were exposed to both the printed matter and online versions felt that the advertisements they saw in print were very much clearer and got a stronger message across. This group also were more aware of the ads and had a far better brand recall than exposure to one or the other media.

Providing your advertising in print and digital form gives you the advantage in your industry. The aim of all businesses is to have a credible company image and to be remembered by consumers. The figures bear out that a distinct presence in both media is the way to achieve that. Mixed media marketing IS the way to be formidable in business.

One big surprise that came out of the survey was where the media was viewed. Print was most commonly viewed in the kitchen, whilst online was more or less equal between bedroom, study, at work or simply ‘on the move’. Is that just an interesting fact? No! It means you can target your advertising to where it will be consumed and by what mindset. Valuable information for creating a relevant advertising campaign that reaches that little bit further and bonds to your customer.

Online ads seem to have the ability to make people want to interact with them. A whopping 62% of users felt that there was ‘a categorical NEED to interact with the ads’ when they saw them. That’s huge. It would seem the experience of ‘clicking through’ an advertisement to access more content is almost compulsive in more than half the people who viewed it. Knowing this means that by making your digital advertising interactive you have already made yourself much more attractive to more than half your audience. Back it up with printed media and it ensures you’ll be remembered too.

What are the practical conclusions you can draw from this study?

Firstly – Mixed Media Marketing is the way forward. There is no ‘Digital vs Print’ equation. If you’re in business – you need both.

Secondly -Digital advertising needs to lead to other landing pages and be backed up with excellent content and it will lead your chosen demographic on a breadcrumb trail to buy.

Thirdly – Be creative! Both media are flexible and when used together – unbeatable!

If you haven’t embraced the principle of mixed media marketing you need to expand your marketing portfolio to include it. It’s easy to incorporate advertising that bridges the gap between each area and combine them into one powerful concept if you look for them to complement each other. Do it well and you’ll create a double whammy – a sleek, desirable and effective message and a definite company image. What more could you ask for?